A Melody of Tears: Sorrows of Syria

Get the item you ordered or get your money back.

Item Information Condition:. The item you've selected was not added to your cart. Add to Watchlist Unwatch. Watch list is full. Longtime member. Does not ship to Germany See details. Item location:. Ships to:. This amount is subject to change until you make payment. For additional information, see the Global Shipping Program terms and conditions - opens in a new window or tab This amount includes applicable customs duties, taxes, brokerage and other fees.

For additional information, see the Global Shipping Program terms and conditions - opens in a new window or tab.

A melody of tears mp3 indir

Seller assumes all responsibility for this listing. Item specifics Condition: Very Good : A book that does not look new and has been read but is in excellent condition. No obvious damage to the cover, with the dust jacket if applicable included for hard covers. May be very minimal identifying marks on the inside cover. Very minimal wear and tear. See all condition definitions - opens in a new window or tab. About this product.

Historically, Ali insists, the U. I t was early June and they had been here two weeks and now they all had Band-Aids on their upper arms from the immunizations that their caseworker from Interfaith Ministers had taken them to get. The three lanky boys—Wael, who is twelve, Yazan, ten, and Amir, four—wanted to go outside, but Rania, their mother, was worried about them in the heat, so instead they had to content themselves with playing games on the cell phone they passed between them. But sometimes their pent-up energy burst out in frustrated spasms.

There were no toys. There was not much of anything in the apartment, really, other than a black faux-leather armless sofa and standing lamp with frosted shade and oak table and chairs in the kitchen. The laminate wood flooring stretched out down the hallway to the bedrooms. Her husband, Mohamed, was her opposite: dark hair shaved close, skin the color of olivewood. There was nothing extra about him, and the way he held himself, he appeared coiled, ready to spring into action.

His eyes were open and eager, sometimes pleading. 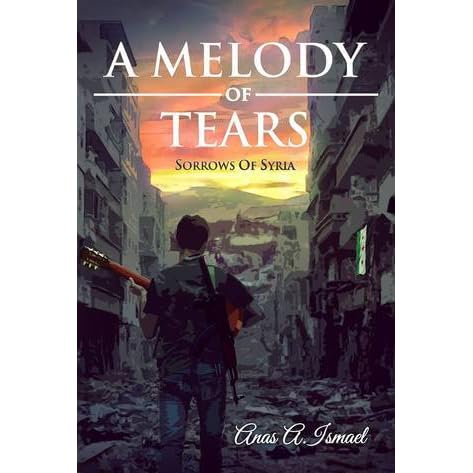 He seemed intent on conveying the impression that he was holding it all together. They were from Homs originally, which came under siege by the Syrian army beginning in May —early in the war. During the protests in the main square, they stayed home, shut inside, afraid of even looking out of the window. At night there was often shooting. Then checkpoints starting popping up throughout the city, and tanks planted themselves at the ends of streets, including their own.

The men in those tanks fired on protestors, inevitably catching bystanders in the crossfire. The family would often stay inside for days until finally, out of hunger, Mohamed would go out to buy bread. They grew accustomed to seeing bodies piled in the backs of Suzuki flatbed trucks. But sometimes bodies would lie in the streets with no one daring to collect them. And Maia remembers the day in fourth grade that she was leaving school, walking out the narrow door into the sunlight of the afternoon with her friend, a Christian, when two white cars pulled up and men leaped out and started shooting.

Behind her, she turned to see other kids trying to get through the narrow door, the only exit, and then the explosions. Most of her friends died. That image of the door stays with her.

One night, with fighting all around them and fleeing neighbors urging them to leave, the family drove north from Homs to Aleppo, Rania in her pajamas, trying to wrap Amir, who was just a baby, in the thin nightclothes she was wearing. In Aleppo, they stayed in the neighborhood of Sayf Al-Dawla for seven or eight months, until one night the earlier scene was repeated: neighbors in pick-up trucks pulling them in to the open bed, planes overhead dropping bombs on houses and buildings, snipers.

They made it to a more secure area of the city, but soon after, they departed Aleppo all together. But even here they were not safe: Wael, out buying bread with Mohamed, was struck in his foot by shrapnel. He was eight. Another day, Mohamed stood with his children and watched a bomb strike a nearby building. Some time in —no one can remember exactly when—they made their way south, along with thousands of other Syrians, where they were stopped at the Jordanian border. They slept on the stairs of a hotel at night, which was better than being on the street.

But even there on the stairs, they were vulnerable. The tanks would come and solders in their uniforms, speaking in the distinguishing Alawite accent of the regime, would stream out, trolling for girls. Rania had to pile blankets and bags over Maia to hide her. Rania somehow convinced a bus driver to get them across the border into Jordan, which he somehow did. They had nothing left.

Rania remembers with gratitude how the Jordanian police took the jackets from their own backs to cover them, and also how they fed them.

United in sorrow: these Belgians and Syrians demonstrate how to conquer war and terrorism

For four years they lived in Zarqa, a city abutting Amman in the north of Jordan, not far from the Syrian border. Four precarious years of trying to work undetected—delivering gas canisters, in construction. Once, Mohamed, who had a source for wholesale cleaning supplies, spread out his wares on a cloth to sell on the street. Some of his boys were with him. A policeman passed by and asked for his authorization. But I have to. This had happened to an uncle of his already, and now his aunt was stuck in Jordan alone with six children. But Mohamed got lucky: the Jordanian cop noticed his kids, took pity on them all, and let Mohamed go.

The Al Salih family had registered as refugees when they entered Jordan, and, over the years, they filled out papers and sat through interviews and waited. Twice, they say, the IOM, the International Office of Migration, offered them permanent resettlement in Europe, and twice they refused.

But finally, they were offered a place in the United States. By June , the family was in Houston, in an apartment on the Southwest side of town with other Syrians who had been here since the previous fall. School would start in August. The couple invited the Al Salihs over for dinner, where the kids swam in their pool.

Then they gave the Al Salihs a used station wagon so that Mohamed would have transportation. The couple also gave them furnishings—a plush sectional sofa with throw pillows, muted prints of daylilies and peonies, a rug to soften the laminate floor, drapes for the living room window. By now there was also a television, running most of the time with cartoons in Arabic.